The ten most successful marketing campaigns in history

Throughout the history of marketing, which appears in 1450 in the hand of the printing press, several remarkable moments have occurred. From the use of telemarketing, which becomes a common tactic of brands to get in touch with the consumer, until the implementation of The General Data Protection Regulation (GDPR), this 2018, which will restrict the use of personal data for third-party purposes. Going through the registration of the first domain (.com) made by a marketing company more than 30 years ago. As we see, marketing is full of glorious moments, because several factors converge in their strategies, and to analyze them thoroughly, we present the ten most successful marketing campaigns in history.

These campaigns are the translation of innovation, wanting to present something different and attractive is present in each of them. The success lies in each one of them, for being the best campaigns that have been seen in recent years.

Apple’s market launch of the iPad generated great anxiety and expectation. Not only in the media, but throughout the world. Being a novel device, a tablet, it was presumed that it would be a breaking point for humanity. To the point of letting it be understood that it would put an end to the reign of laptops. Although it was not like that, the iPad impressed all the inhabitants of the planet.

Only one year was enough to become the digital device that has sold the fastest in history. And it became a necessity among the magazines and newspapers to redesign its structure to adapt to the format that the iPad imposed.

If one day the tablets come to reign the market, displacing all existing consoles, it will be thanks to the momentum of Apple, with the iPad, has validated the market based on expectation and surprise, for how good were their previous products. It was enough for them to announce the presentation of a new launch for the world interest to turn to them. Because, sometimes, the best way to position your brand is thanks to word of mouth.

Apple has found a way to reach consumers and shows exponential growth. It is no longer used only by the university student, a pioneer in all gadgets, but also by large businesses, such as government offices, learning to use them in their daily work.
The success of Apple is not only in this campaign, but, year after year, has known, perfectly, meet the needs of the consumer, and how to solve them with each technological release.

2- The success of Old Spice in social networks

This campaign has the label by the SEO and marketing agency Hempire SEO as the most creative of 2010. It started in the Super Bowl in 2010, and since then managed to get the public in your pocket. More for the charisma of the protagonist, than for the concession of the message. Where the clever combination of humor, and dance, gain thousands of followers. Increasing sales of deodorant by 107% in just 30 days.

Seeing the massive and overwhelming success that was achieved through TV, was implemented another way: social networks. One of the main ones was YouTube, because for 3 days, the protagonist of the spot, the actor Mustafa, appeared in 186 videos, while he responded and gave advice to his followers.

These videos, that is, the advertising presented on social networks, got more than 34 million views, as well as extensive views on Facebook, Twitter and the most significant digital newspapers in North America.

In early 2007, Barack Obama was just a young senator with a funny name and less than 10% brand recognition. Eighteen months later, and thanks to an intelligent campaign orchestrated in social networks, Obama managed to raise more money than any other presidential candidate in the history of the United States and most importantly, he became the 44th president of the United States of America.

4- The reconquest of Domino’s Pizza 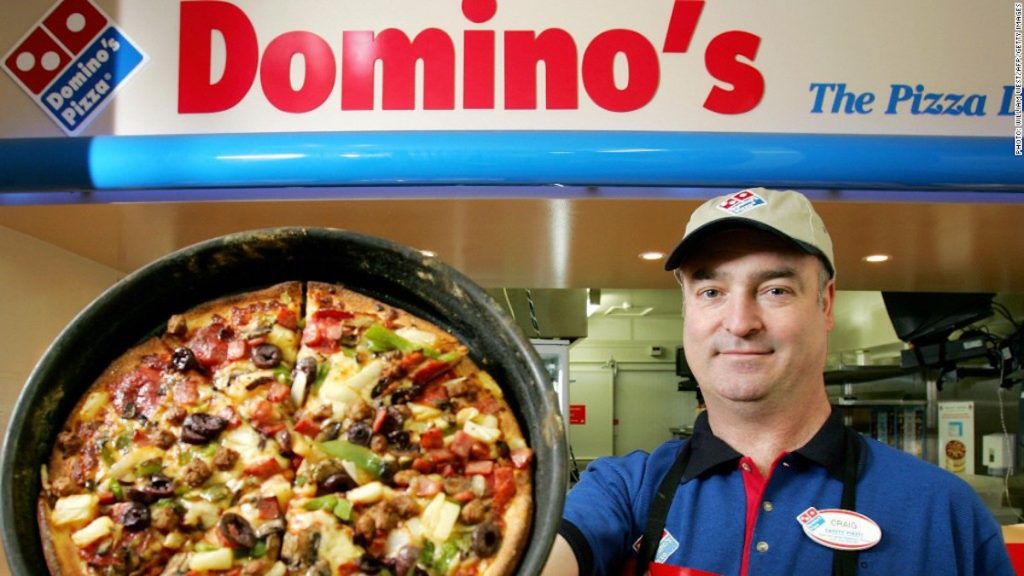 At the top, he was awarded the title of selling the tastiest pizza. But his reign lasted long. They let themselves be, and their dish lost flavor and with it even their most loyal customers. He had to go into restructuring. Carrying out group meetings to discuss what place they occupied in the minds of their guests.

After reformulating their recipe and improving it, Domino’s top executives had to personally take the new pizzas to the home of their most acid and critical customers.
This was the basis for the commercials of their re-launch, not only getting the attention of the masses, but the expectation was such that customers were provoked to try the pizza on their initiative. At the end of that year, the brand registered an increase of 14% in its sales, and since then they have recorded an increase of 11 or 12% of growth every four months.

After 23 years and hundreds of millions of dollars in advertising for the Super Bowl, Pepsi surprised both locals and foreigners in 2010 by communicating their decision not to advertise at one of the most critical advertising events of the year in the United States and assigning a third part of its annual marketing budget in “The Refresh Project”, a project in which the brand merged philanthropy and social networks. Although it had to be removed ten months after its launch for alleged fraud, Pepsi got “The Refresh Project” what it wanted: to leave everyone with their mouths open.

It is the first web company on the list; they introduced the concept of the combination of “group” and “coupon” at the end of 2008. This became one of the largest, most valued and outstanding marketing ideas in the world.

Another strategy oriented to the need of the people, because if a large group of the public wants, for example, the discount coupon of some flowers in a particular shopping center. If enough people ask for the same, the digital company releases the coupon so that everyone can be part of their discount.

The proposal, although very good, was improved for 2010. And it launched for the first time an offer nationwide throughout the United States. Through the promotion of the GAP store, which offered 50 dollars merchandise at half price. The scope was resounding, allowing GAP to be made with the sum of 11 million dollars.

7- Heineken and its consumers

In a commercial for television, Heineken represented what a man felt when he saw such a large refrigerator, which one could move inside it, full of beers, to resemble what a woman feels when she sees a super large closet full of clothes and shoes. The addition of that commercial was immense, to the point of obtaining more than 4 million views on YouTube.

But the company did not rest on its laurels, but went with everything and took the concept of the idea to the maximum. Well, shortly after the launch of the commercial, groups of young people in Amsterdam were found pushing giant cardboard boxes with the legend “Walk.in fridge” inside apartments and houses. Heineken went a step further and turned fiction into reality.

But that was not the first time that the beer company marks a milestone in the history of marketing, but in 2009 already waste creativity. By recording a prank made to European football fans. That year, Heineken, in confabulation of wives, friends, mothers and university professors, made them cheat more than 1 100 fans, making them attend a fictional music and poetry recital to miss the vital football match.

The hidden cameras placed throughout the auditorium recorded the moment of desperation and euphoria that those fans lived at the end of the show and to see on a giant screen the team of their loves. The transmission of this joke as a television spot resulted in millionaire sales for Heineken.

The mission of the Volkswagen Fun Theory is to inspire people to do a good deed and smile at the same time. For example, in 2009, the car manufacturer installed giant piano keys, which sounded, on the steps of the Stockholm, Sweden metro. The goal was to motivate people to use stairs instead of electric ones. His goal for 2010 was to find a fun way for drivers to respect the speed limit. After several proposals, the Lottery of the Speed Chamber was chosen.

Thus, in collaboration with the Swiss authorities, a camera was installed to photograph all the plates that passed through there. Those who drove at speeding were fined, and the money went to a container. So drivers who obeyed the speed limit were candidates to win the total amount of money collected.

The experiment got the people at the wheel to slow down by 22% and, above all, this gave Volkswagen another viral video success.

9- The hours of fun that Angry Birds causes 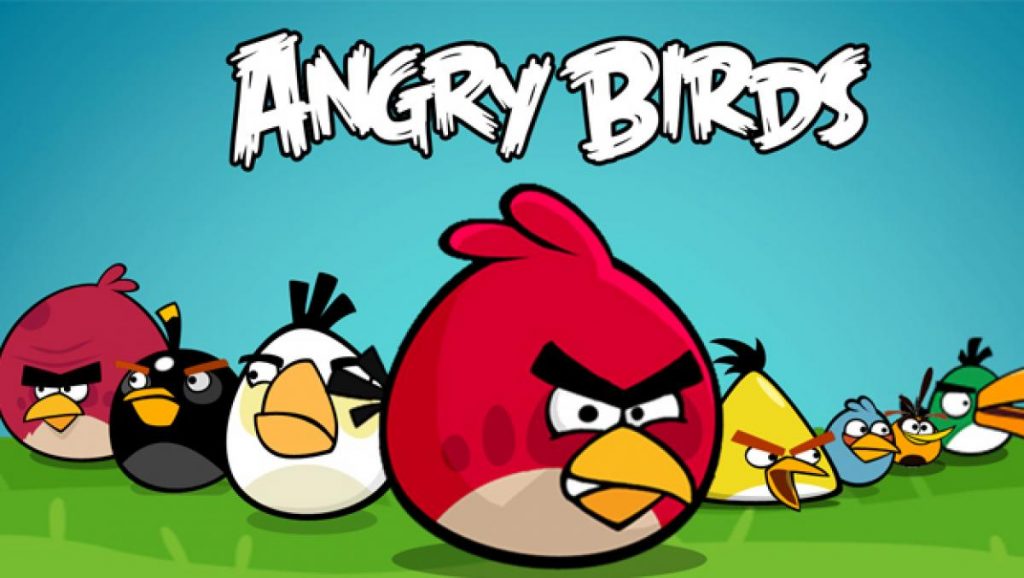 Although the appearance of Smartphones marked a revolution in the communication industry, it lacked an element to complete a boom, and those are video games. But not just any video game, experts agree that the critical component of this industry was the Angry Birds, furious birds ready to crash into walls of concrete, glass, and wood to destroy some smiling green piggies.

The success of this video game lies in its ease and simplicity since it is easy to understand and play, it does not include great logic. These are the reasons why, without the need for announcements or spokespersons, the game reached 36 million players by December 2009.

Rovio, the creators of the game, did not let their success only reign the cell phone screen, and that is why they have written a relevant page in the history of marketing. By not getting stuck there, and began with the marketing of stuffed animals, miniseries, movies and all kinds of marketing to make the characters of the game. This mobile video game, with success achieved, now rubs shoulders with the biggest of its category, be it Mario Bross, Crash, Sony or Link. 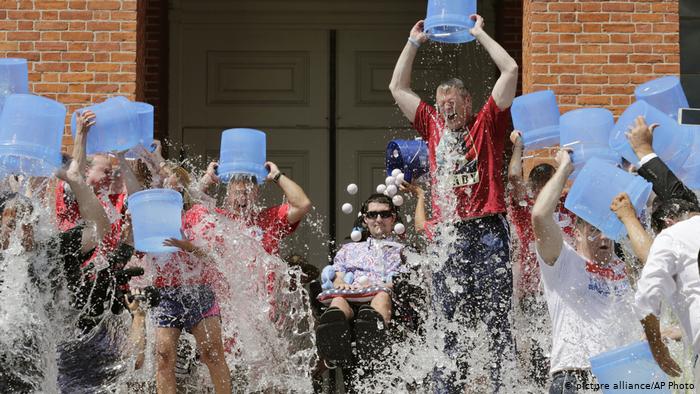 Although it had a social and charitable cut, this campaign managed to get into the history of marketing by going around the world in a few weeks, faster than the best-positioned advertising. This challenge was virtualized through social networks, where anonymous people, like many celebrities, poured massive amounts of cold water and ice from a bucket.

The challenge dates back to 2014, they sought to draw attention to the population on the disease of the ALS (a neurodegenerative disease that weakens the muscles, causes loss of mobility of arms and legs and makes it difficult to speak, breathe or swallow), and get donations for the cause.
The social phenomenon had such an impact that in just two weeks more than 31.5 million dollars were collected in donations and in a month they were made with the sum of 100 million dollars.

Some experts explain that by becoming a phenomenon, the cause of the initiative was blurred to the point of losing the reason why they should throw ice water. For many people took part without really realizing the problem.

Despite this inconvenience, the Ice Bucket Challenge achieved its purpose and had great reach, which stars of the likes of Messi and Spielberg, soccer player and film director respectively, joined the challenge.